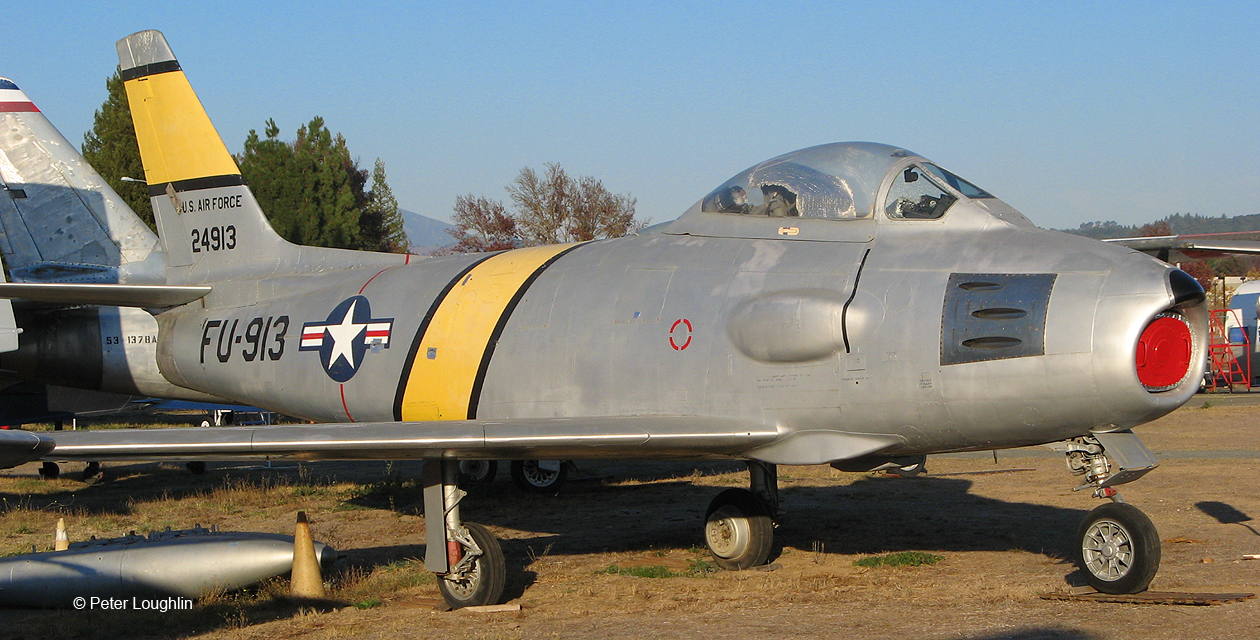 Look into the cockpits of these vintage aircraft, and learn about their history from the crews who have lovingly restored them.

This month we present four of the aircraft that fought the Korean War. The A-26C Invader was an attack aircraft first used in World War II and then used extensively in the Korean conflict. The RF-86F Sabre Jet was the photo reconnaissance version of this superlative first-generation jet fighter. The F-84F Thunderstreak was a swept-wing fighter bomber. And the F-86H Sabre Jet was a more powerful version of the F-86, not actually used during the Korean War but developed at that time to combat the increasingly powerful Eastern-bloc fighters equipping our North Korean opponent.

The RF-86F, F-84F, and F-86H are on loan from the National Naval Aviation Museum at Pensacola, Florida.