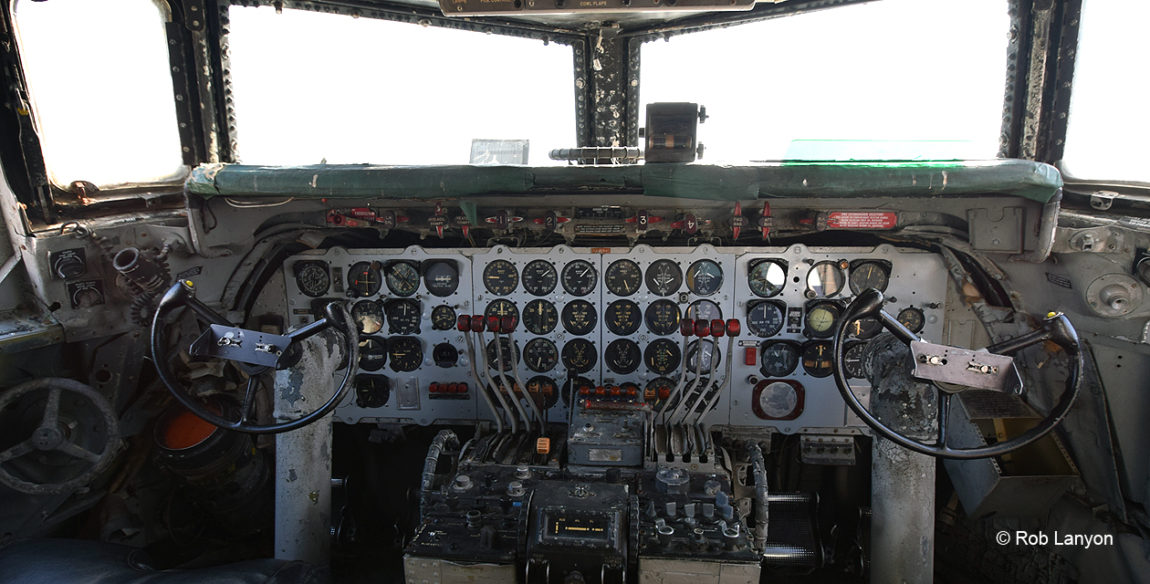 The DC-6 was a widely used airliner with four piston engines. You can actually climb aboard our DC-6 cockpit and sit in the pilot's and copilot's seats. 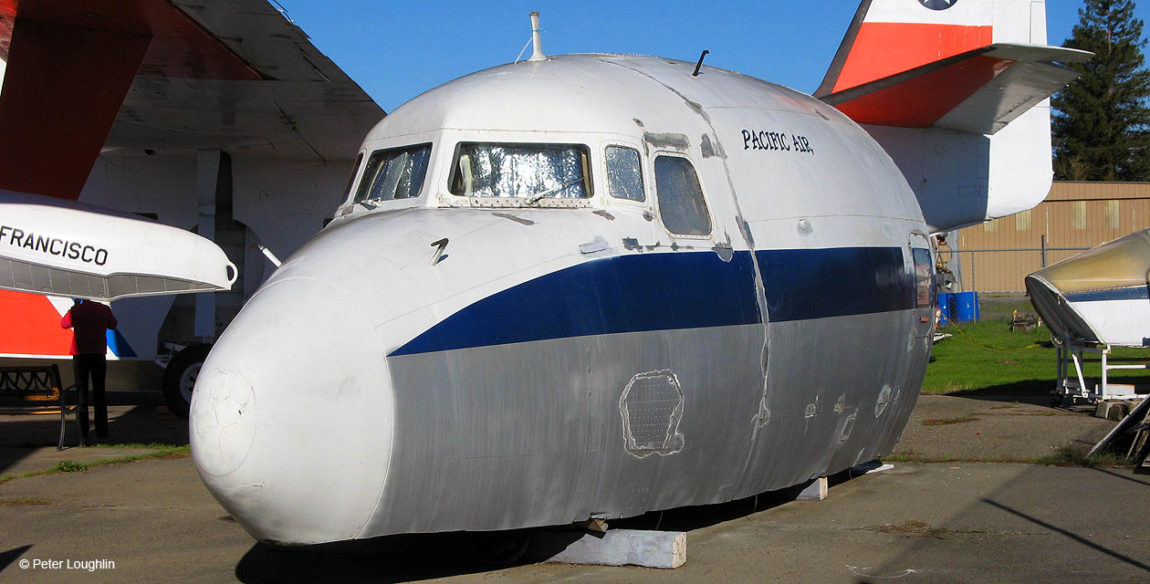 The DC-6 is a "propliner" from the 1950s. Many crossed continents and oceans in pressurized comfort in the DC-6.

A brief history of our DC-6 Cockpit

MSN 44087 rolled off the Douglas Aircraft Company assembly line on Oct. 14, 1953 for delivery to Swissair who flew the aircraft on its international routes. We have pictures of this aircraft at the old Tokyo Haneda International Airport.

Sometime between then and 1991 the aircraft was parked and stored at Santa Rosa. It then was sold to several aircraft brokers, but not flown. In Dec. 1997 the aircraft was broken up and sold for scrap with the exception of the cockpit section which was saved.

The Pacific Coast Air Museum acquired the cockpit section but until Aug. 2005 little or no work was done to restore the cockpit. The cockpit section sat out exposed to the weather for many years and is in bad shape.  Vandals and souvenir hunters have removed most of the instruments, lights, etc. from the cockpit and we are finding it difficult to find replacements.

General History of the DC-6

The DC-6 was a development of the DC-4 Skymaster. The DC-6 used the same wing as the -4 but had a pressurized fuselage that was lengthened by just over 2 meters and used larger engines. Although initial development of the DC-6 occurred during World War II, it was carried on after the war and targeted the post war airlines as customers and entered service in April of 1947 with American Airlines.

During 1948, the Douglas company developed a cargo version of the aircraft with an even longer fuselage and larger engines which was named the DC-6A. This was followed by a similar passenger transport version called the DC-6B. Military versions of the aircraft were called the C-118 Liftmaster.

The 29th C-118A off the line was given a VIP interior for President Truman and designated a VC-118 and named “The Independence”. Multiple versions of the aircraft were produced for the U.S. Navy and were called R6D-1 and R6D-1Z, the latter with VIP interiors. DC-6 type aircraft were used by most branches of the military over the years.

The DC-6 proved itself to be a reliable and capable transport that is considered the pinnacle of piston propelled transport aircraft. Although displaced by the jet aircraft developed in the 50´s, the DC´s continued on in the lower echelons of air transport and many are still in service today.

Three crew (pilot, copilot, flight engineer) and up to 102 passengers depending upon configuration