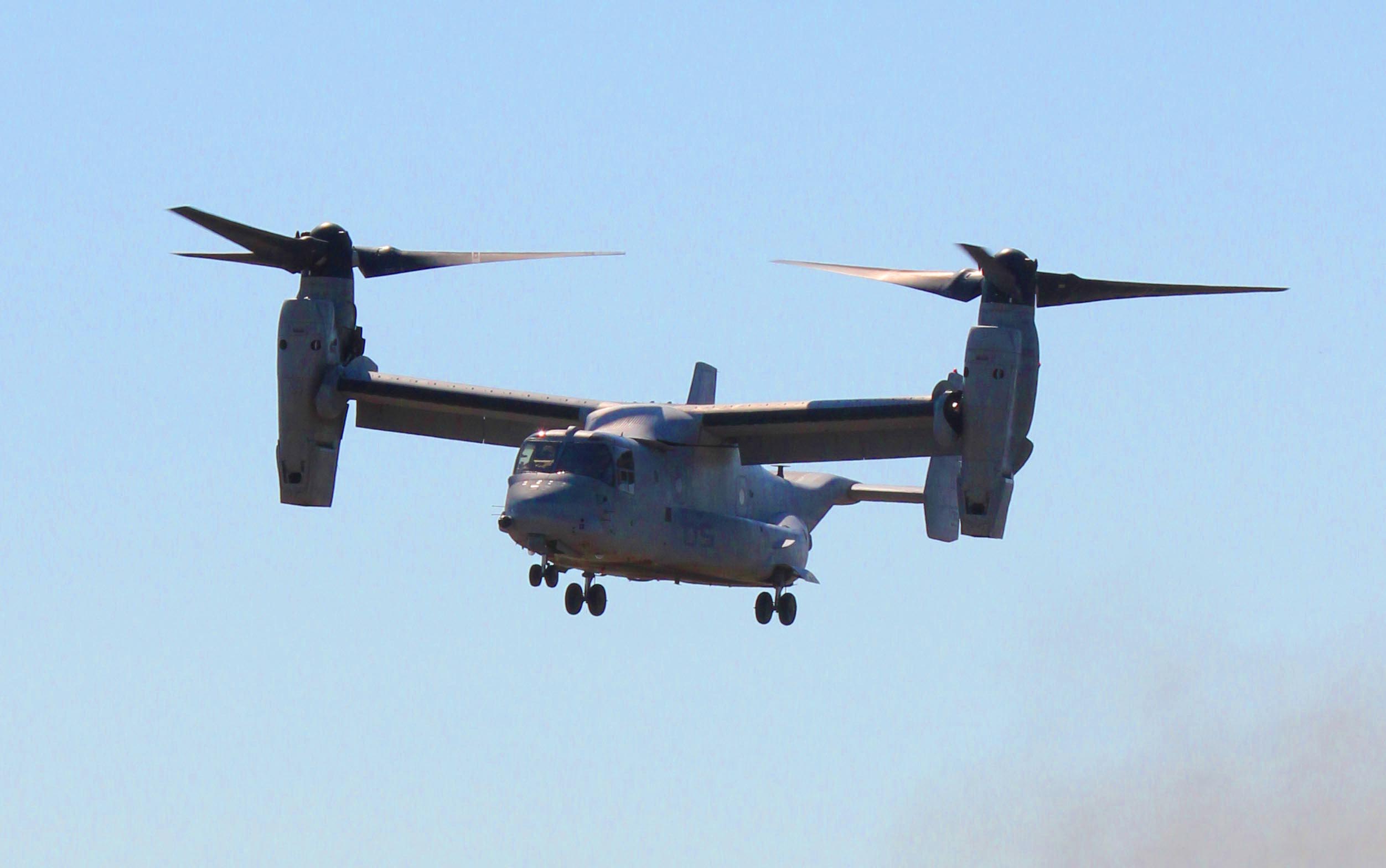 For the first time ever the United States Marines are bringing their tilt-rotor MV-22 Osprey demo team. Watch with awe as this marvel of technology takes to the air with its powerful turboprop engines enabling it to take off and land vertically and rotate forward for horizontal flight. It’s definitely an aviation sight to behold.

Also for the first time ever at our show Chuck Aaron will perform in the Red Bull Helicopter. Chuck is the only civilian-licensed pilot to fly an aerobatic routine in a helicopter. With awesome skill and showmanship, he does things with a helicopter you won’t see anywhere else. Watch as “Malibu” executes back flips and 360-degree barrel rolls and other maneuvers that will thrill and amaze you.

Greg Colyer amazes crowds in his T-33 Shooting Star that showcases the capability of this Korean War era two-seat version of the P-80 fighter jet. His graceful and powerful jet routine is a wonderful reminder of early U. S. jet technology and the brave pilots who flew these beautiful aircraft.

Our world-class line up of civilian aerobatics includes Jaqcuie Warda, Dan Buchanan and Frank Donnelly. Jacquie flew her first air show performance at the age of 50, and since then has performed in over 100 airshows nationwide. She’s risen quickly in the ranks of air show performers, raced at Reno, and likes nothing better than to tear up the sky with her 300-hp Extra 300!. Crowds are always thrilled by Dan Buchanan’s aerial ballet in his NorthWing hang glider. Frank Donnelly is the doctor of the air as he guides his clipped wing Taylorcraft through an amazing aerobatic routine. His incredible talent becomes evident as he performs loops and rolls, as well as a breathtaking engine-off (deadstick) landing.

A tremendous lineup of flying includes military jet flybys, world class civilian aerobatics and a host of Warbirds. Robust static displays will include the museum’s collection of over 30 restored aircraft (most of which will be open for climb aboards), civilian and military statics and morning access to the warbirds that will fly later in the show.

Gates open both days at 9:00 a.m. for pre-show activities, including radio controlled model aircraft demonstrations. The main Air Show events kick off just after 11:00 a.m. Discount advance tickets can be purchased at the Museum and Sonoma County Round Table Pizza locations. Tickets may be purchased at www.WingsOverWineCountry.org. Convenience charges may apply.

Pacific Coast Air Museum (PCAM) is a non-profit organization dedicated to promoting the acquisition, restoration, safe operation and display of historic aircraft, and to providing an educational venue for students and the community. We also honor those heroic aviators who have contributed so much to the growth and defense of our way of life. Located in Santa Rosa, Calif., PCAM operates both an indoor museum with exhibits featuring famous military and civilian pilots and aviation innovators, as well as historical photos and artifacts; and an outside museum featuring more than two dozen excellent examples of both contemporary and antique aircraft. For more information contact the Pacific Coast Air Museum at (707) 575-7900. Website: www.pacificcoastairmuseum.org.