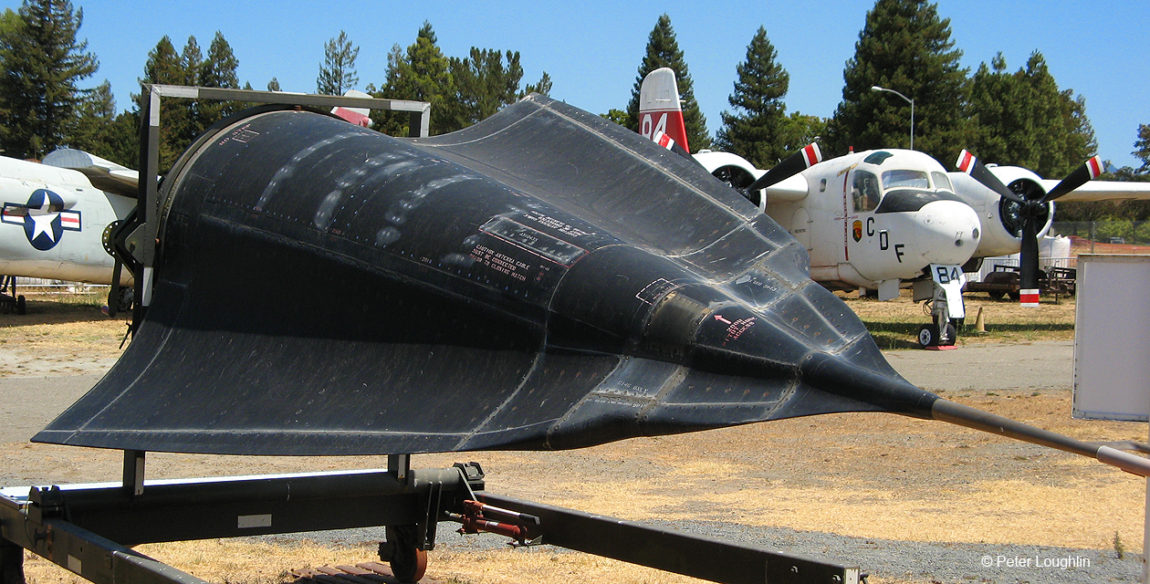 The SR-71 is the legendary spy plane built by the famous Lockheed Skunk Works. PCAM is privileged to have an SR-71 nose section, jet engine intake spike, astral navigation unit, and tail fin. We also have a D-21 Drone that used much the same technology as the SR-71. 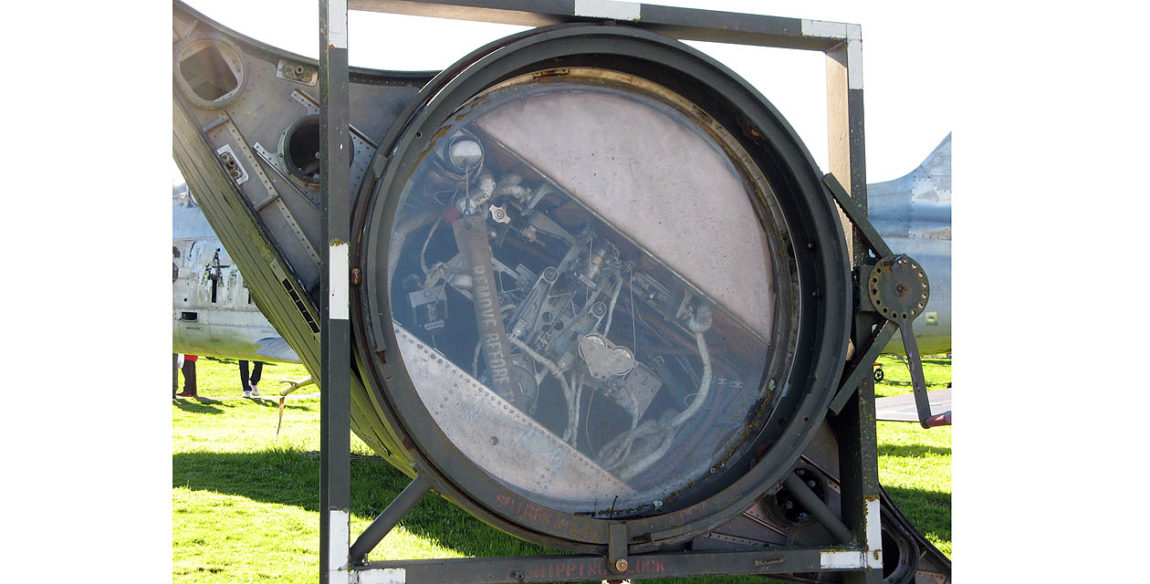 The SR-71 nose was interchangeable. Each type carried different kinds of equipment depending on the needs of the mission. 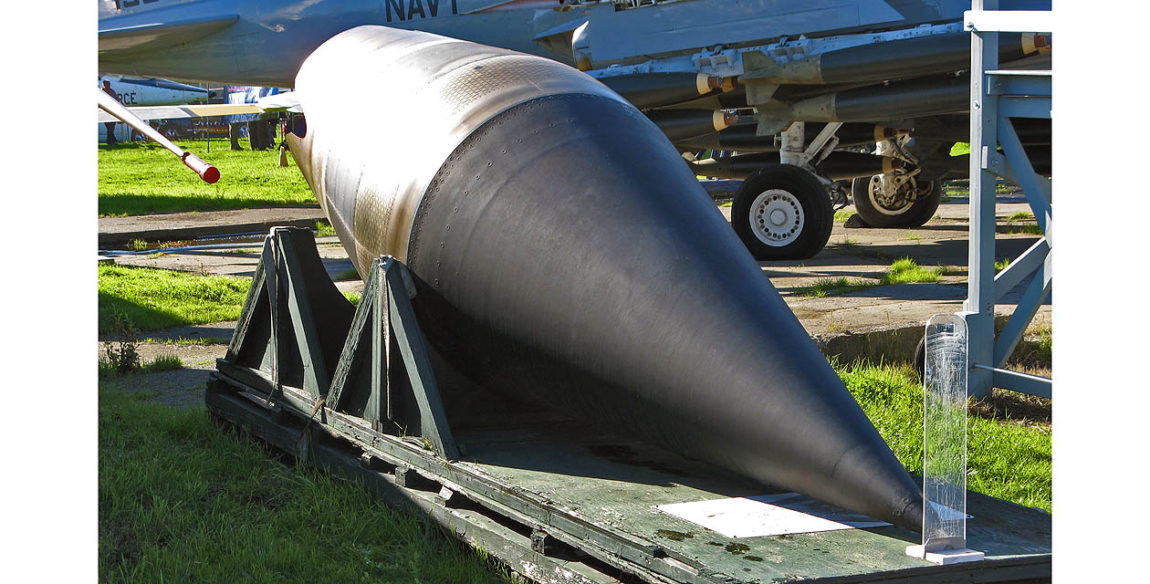 The spike or inlet cone of the SR-71 engine operated on a screw mechanism. The spike automatically retracted backward at higher speeds in order to control where the plane's own shock wave struck the engine inlet during supersonic flight. If the shock wave hit at the wrong place, the engine would quit.

The SR-71 came from a project designed for the CIA by Kelly Johnson at the Lockheed Skunk Works. As the project evolved, Lockheed designated the aircraft A-1 to A-12 as configuration changes occurred.

The first flight, by an A-12 known as “Article 121”, took place at Groom Lake, Nevada, on April 25, 1962 equipped with the less powerful Pratt & Whitney J75 engines due to protracted development of the intended Pratt & Whitney J58. The J58s later became the standard power plant for all subsequent aircraft in the series (A-12, YF-12, M-21) as well as the follow-on SR-71 aircraft.

Although the predecessor A-12 first flew in 1962, the first flight of an SR-71 took place on 22 December 1964, at Air Force Plant 42 in Palmdale, California. The first SR-71 to enter service was delivered to the 4200th (later, 9th) Strategic Reconnaissance Wing at Beale Air Force Base, California, in January 1966. On 21 March 1968, Major (later General) Jerome F. O’Malley and Major Edward D. Payne flew the first operational SR-71 sortie in SR-71 serial number 61-7976 from Kadena AB, Okinawa. The United States Air Force Strategic Air Command had SR-71 Blackbirds in service from 1966 through 1991.

A total of 32 SR-71 aircraft were built: 29 as SR-71As for operational missions and two as SR-71B trainers. The 32nd airframe was fabricated in 1969 as a hybrid trainer designated the SR-71C by mating the back half of an YF-12 wrecked in a 1966 landing accident with a fully-functional SR-71 forward section of a static test specimen. Only one crew member, Jim Zwayer, a Lockheed flight-test reconnaissance and navigation systems specialist, was killed in a flight accident. The rest of the crew members ejected safely or evacuated their aircraft on the ground.

The SR-71 remained the world’s fastest and highest-flying operational manned aircraft throughout its career. From an altitude of 80,000 ft (24 km), it could survey 100,000 square miles per hour (72 square kilometers per second) of the Earth’s surface. In addition, it was accurate enough to take a picture of a car’s license plate from this altitude. On 28 July 1976, an SR-71 broke the world record for its class: an absolute speed record of 2,193.1669 mph (3,529.56 km/h), and a US “absolute altitude record” of 85,068.997 feet (25,929 m). Several planes exceeded this altitude in zoom climbs but not in sustained flight. When the SR-71 was retired in 1990, one was flown from its birthplace at United States Air Force Plant 42 in Palmdale, California to go on exhibit at what is now the Smithsonian Institution’s Steven F. Udvar-Hazy Center (an annex of the National Air & Space Museum) in Chantilly, Virginia. The Blackbird, piloted by Colonel Ed Yielding and Lt. Col. J.T. Vida, set a coast-to-coast speed record at an average 2,124 mph (3,418 km/h). The entire trip was reported as 68 minutes and 17 seconds. Three additional records were set within segments of the flight, including a new absolute top speed of 2,242 mph measured between the radar gates set up in St. Louis and Cincinnati. These were accepted by the National Aeronautic Association (NAA), the recognized body for aviation records in the United States.

None. The SR-71 was an unarmed reconnaissance aircraft. Its speed of Mach 3.2+ and operational altitude of 80,000 ft+ were its primary defense.