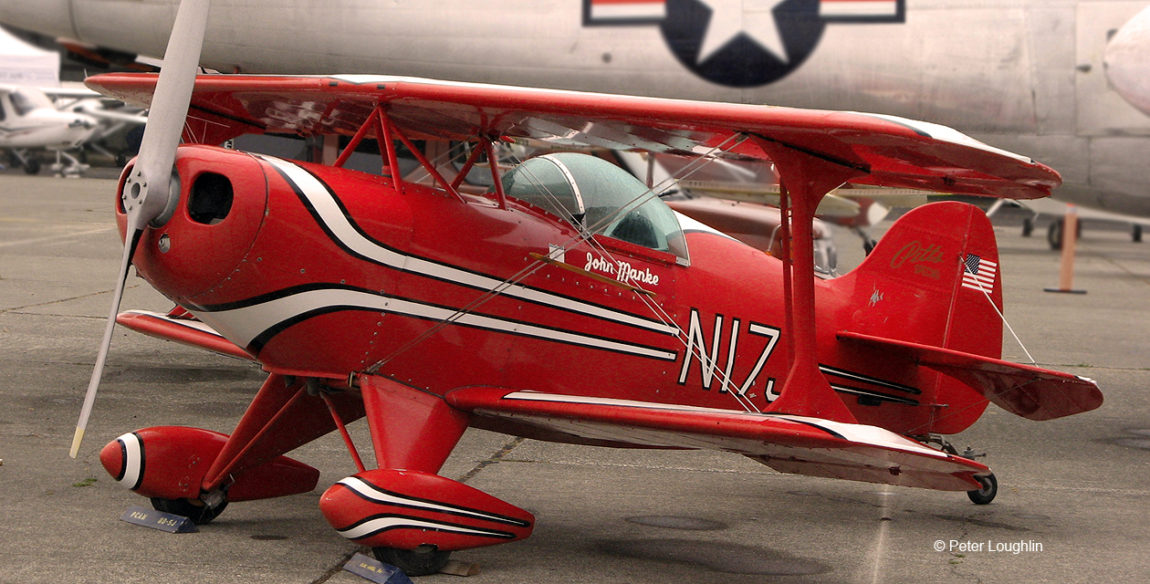 The first Pitts Special flew in 1944, and hundreds have been built since. You can often see them performing breathtaking stunts at air shows around the world, or racing in the Biplane Class at the Reno Air Races. 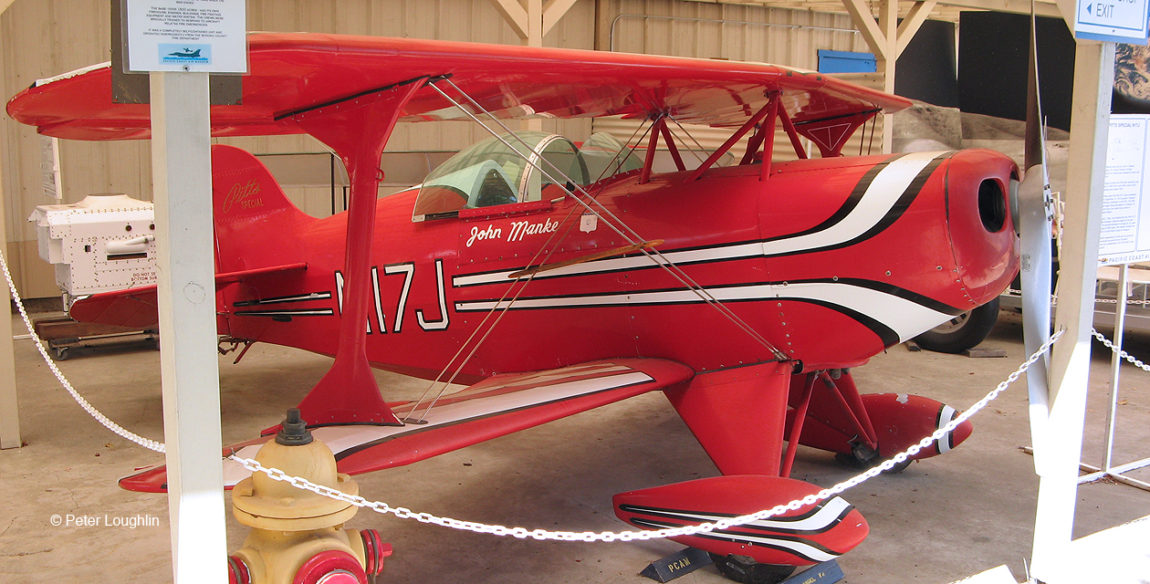 Our Pitts was built by John Manke, and he finished it in 1972. Its last flight was in 1984 and it was donated to the Pacific Coast Air Museum in 2006.

The Pitts Special S1 is certainly one of the most famous airplanes in civilian aircraft history. It has performed at more air shows than any other type of aerobatic aircraft. Designed by Curtis Pitts in 1945, it fast became a favorite for aerobatics and has been the aircraft of choice for numerous national and international top ranked aerobatic pilots. With a fantastic power to weight ratio, the Pitts was able to perform practically any acrobatic maneuver.

This Pitts Special was hand build by the donor, John Manke, who was a former Director of Flight Operations for the NASA Ames Research Center. John began building this in 1969 aircraft after receiving the plans. After three years of work, N17J was completed. On September 15, 1972, the FAA gave a certificate of airworthiness.

Our Pitts was last flown in 1984 over the desert of Southern California. It was graciously donated to our museum in the summer of 2006. A Pacific Coast Air Museum member, Guy Smith, and his grandson, went to Southern California, brought it to Santa Rosa and reassembled the aircraft for static display.

The original Pitts design was created by Curtis Pitts in the mid 40s.  The first version, a Pitts 190 Special, was built in 1947 for pilot Betty Skelton.  After building a relatively small number of production aircraft, Curtis Pitts made plans available to amateurs so they could build their own.

In 1977, Pitts sold the all sales and production rights to a new company, Pitts Aerobatics, in Afton Wyoming.  In addition to plans and kits, production aircraft are still being made for those who desired a factory built aircraft.  The company is now known as Aviat Aircraft and is currently producing the S2-C two-place model of the Pitts.