Home Events Open Cockpit: Russians vs. the Us Coast Guard

Open Cockpit: Russians vs. the Us Coast Guard 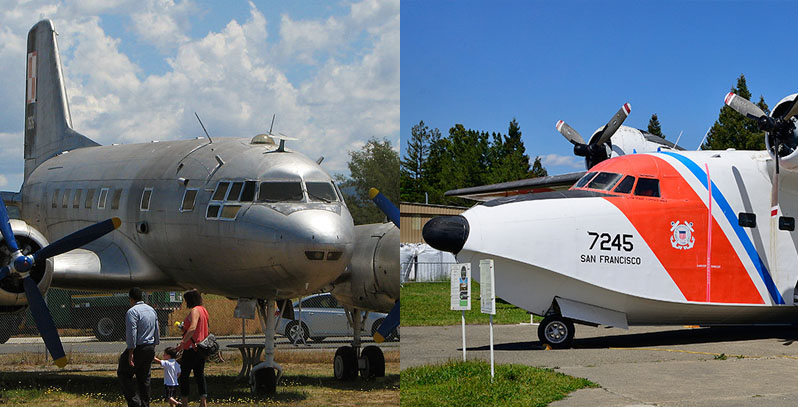 Look inside these vintage aircraft, and learn about their history from the crews who have lovingly restored them.

October 19 & 20 take a look inside two of the aircraft that equipped the big Cold War antagonists: The Soviet Ilyushin IL-14 (NATO codename “Crate”) and the HU-16E Albatross. The IL-14 was a Soviet-built passenger and cargo aircraft, developed as an improvement on the earlier Douglas DC-3 and Lisunov Li-2, both of which were widely used in the Soviet Union and their satellite nations. The American Grumman HU-16 Albatross was an amphibian (it could land and take off from both water and land) that was used for air-sea search and rescue, cargo transport, personnel transport, and many other purposes.

Find out more about the IL-14 Crate and the HU-16E Albatross.