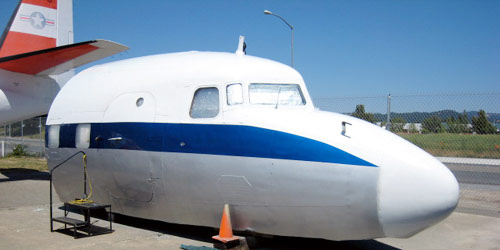 Look inside this vintage aircraft, and learn about its history from the crew who has lovingly restored it.

The DC-6 was a large and powerful piston-powered airliner. In its day, the DC-6 circled the globe delivering passengers to North America, South America, Europe, Africa, Asia, and all spots in between. When it was replaced by jetliners in the larger airlines, the DC-6 carried on with smaller and regional airlines. Many served as military transports, and later several were converted into aerial tankers for fighting fires.

Find out more about the DC-6.