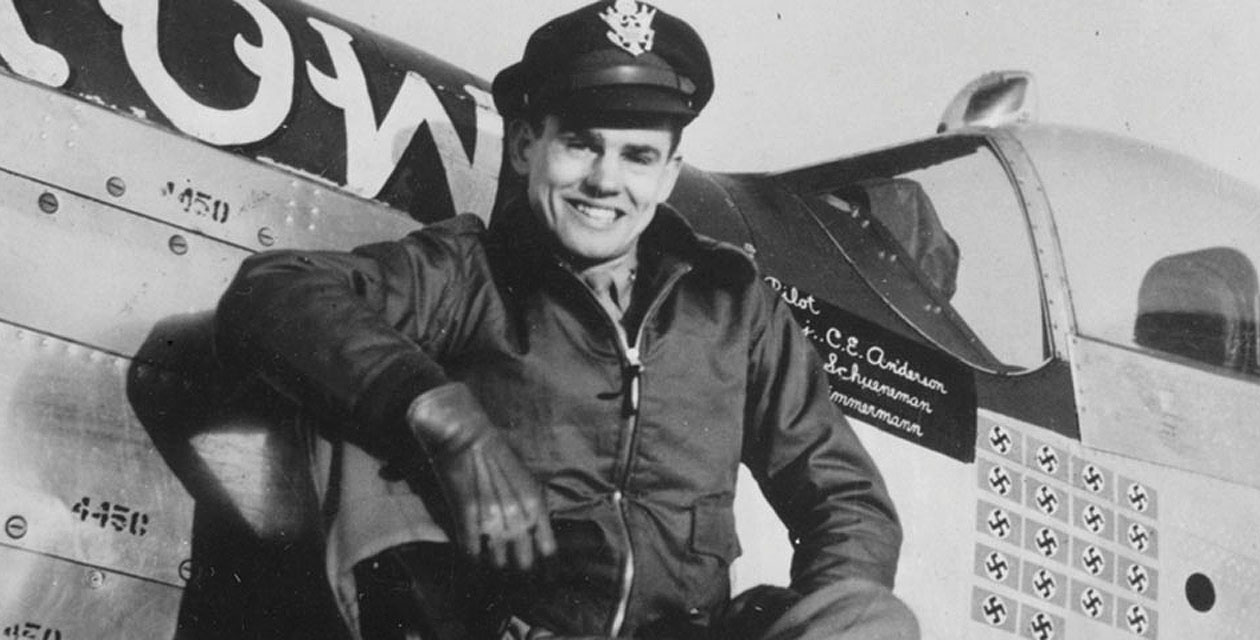 Our monthly Member Meetings typically include updates on important Museum news, a raffle, video presentations, a chance to visit with other Museum members, and a presentation by a featured speaker. Speakers may include military Veterans, historians, civic leaders, and other people with interesting stories to tell of their historical research or their aviation or military experiences.
The April 2020 meeting will be held at the Santa Rosa Veterans Memorial Building. See map below.

An Evening with Colonel Bud Anderson

Colonel Bud Anderson, WWII Triple Ace, will address PCAM members and the general public about his remarkable career flying the P-51 Mustang, and his experiences in WWII, Korea and Vietnam.  Come enjoy hearing from this Congressional Gold Medal winner and remarkable Pilot.

Clarence Emil “Bud” Anderson (born January 13, 1922) is a retired officer in the United States Air Force and a triple ace of World War II. During the war he was the highest scoring flying ace in his P-51 Mustang squadron. Towards the end of Anderson’s two combat tours in Europe in 1944 he was promoted to major at 22, a young age even for a highly effective officer in wartime. After the war Anderson became a well regarded fighter test pilot, and a fighter squadron and wing commander. He served his wing commander tour in combat in the Vietnam War. He retired as a full colonel in 1972, after which he worked in flight test management for McDonnell Douglas. A member of the National Aviation Hall of Fame, Anderson has remained a sought after speaker at aviation and military events well into his 90s. (credit: Wikipedia)